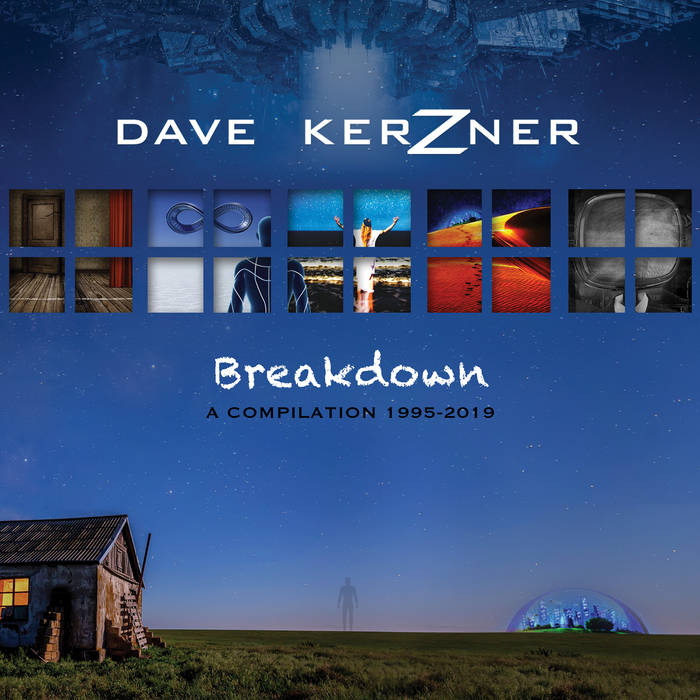 rmgibbs Thank so much for your wonderful music!

Breakdown - A Compilation 1995-2019 is a 2 CD sampling of some of the best songs of Dave Kerzner's music career. Starting with an homage to Kevin Gilbert and Kerzner's days playing with his band Thud, a rare live version of Kevin's song "Joytown" is included. Then, songs written from that time through 2010 appear on Sound of Contact's Dimensionaut which are re-imagined with the Dave Kerzner Band in this collection in both live and a new previously unreleased studio version of the song "Only Breathing Out" (available to download immediately along with "Joytown" and other select tracks during pre-order).

The compilation continues to provide a sampling of songs from Dave's solo and live albums as well as various other projects and bands he's co-written songs with such as Mantra Vega, Lo-Fi Resistance and his progrock supergroup In Continuum including a song from the forthcoming Acceleration Theory Part 2: Annihilation album called "All That Is" which Kerzner co-wrote with Jon Anderson of Yes (and this track is also immediately downloadable upon pre-order).

There are 21 tracks total plus an exclusive bonus track you can only get here on the Sonic Elements Bandcamp page!