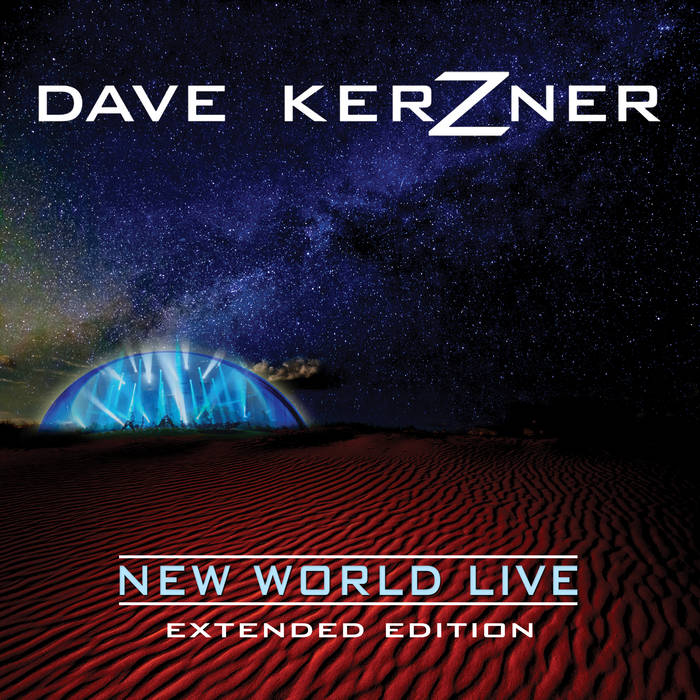 The Dave Kerzner Band, with two separate line ups in the US and UK, consists of Kerzner on lead vocals, keyboards and guitar, Durga McBroom, long time vocalist for Pink Floyd and her sister Lorelei McBroom on backing vocals, fellow SOC band mates Matt Dorsey and Randy McStine on guitar and bass, Fernando Perdomo on guitar, Stuart Fletcher of Mantra Vega on bass, Alex Cromarty of Mostly Autumn on drums and Derek Cintron on drums.

The album combines songs recorded from two shows to create one seamless concert listening experience following the story of Kerzner’s futuristic concept album. One show was recorded in Miami, Florida just days before Dave Kerzner and band performed on Yes’s Cruise To The Edge in November 2015 and the other at the famous Boerderij in Zoetermeer, Netherlands for the Prog Dreams V festival on April 2nd, 2016.

The bonus disc contains the new single "Paranoia" which is a studio track originally intended to be on "New World". Also included is Dave's tribute to Keith Emerson in his cover of ELP's "Lucky Man" and an instrumental track called "The Field". Live highlights on the bonus disc download included in this bundle are "Great Gig In The Sky" sung by Durga McBroom and a medley of Sound of Contact songs all performed by the Dave Kerzner Band.