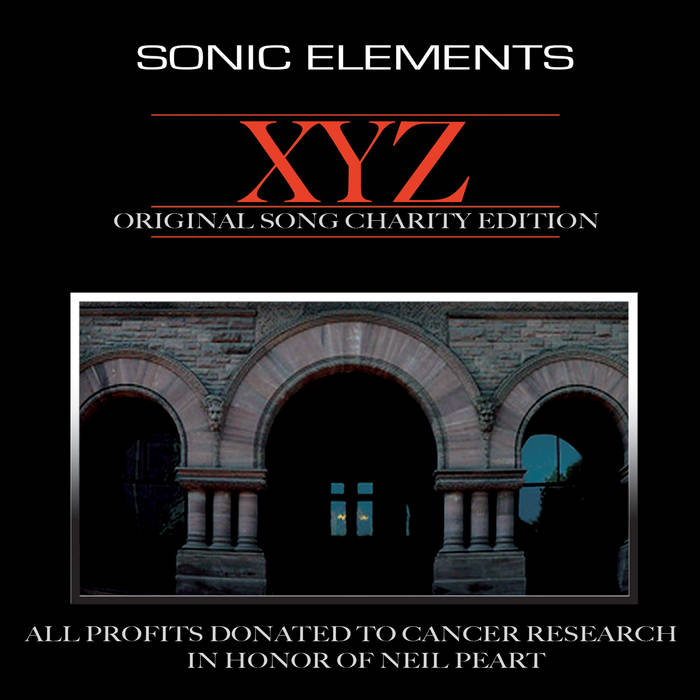 FOR THESE 5 BONUS ORIGINAL TRACKS FROM THE XYZ TRIBUTE ALBUM BY DAVE KERZNER, BILLY SHERWOOD, GLASS HAMMER, DISTRICT 97 AND IN CONTINUUM, ALL OF THE PROFITS WILL BE DONATED TO THE GORD DOWNIE BRAIN CANCER RESEARCH FOUNDATION IN HONOR OF NEIL PEART.

*This applies to when these songs are purchased individually for download only from the Sonic Elements Bandcamp page OR when the entire XYZ Charity Edition album is purchased on the Sonic Elements Bandcamp. Additionally, it is possible to enter a larger amount for purchase than $5. so anything paid for this album over $5 will also be added to our donation for Neil at donate.sunnybrook.ca/gord

This is a Special Edition Re-release of 2012's Sonic Elements Tribute To Rush called "XYZ" (with the "X" standing for us, the musicians inspired by Rush and our collaboration with Neil's drums via Sonic Reality's Neil Peart Drums groove libraries).

For the re-release of Sonic Elements' full XYZ - A Tribute To Rush visit sonicelements.bandcamp.com/album/xyz-a-tribute-to-rush-special-edition

Note: Neil Peart's drum performances are included on this album via his sample library "Neil Peart Drums" by Sonic Reality which is available from www.esoundz.com , www.sonicreality.com and www.ikmultimedia.com Any musician who purchases Neil Peart Drums can use his actual drum performances recorded by Rush producer Nick Raskulinecz in their own music, whether it's a cover of a Rush song or their own original song (as long as their original song does not include melodies from a Rush song and as long as it is properly credited to Neil Peart Drums by Sonic Reality).

This album is dedicated to Neil.

Track Name: Glass Hammer - The Impulsive Type (by Glass Hammer)
Through the fields he ran on a sunny day
Through the woods he jogged along his weary way
Toward the battle line he charged straight into the fray
They say he was the impulsive type

Through the fields he ran on a sunny day
They say he is the impulsive type
He plunged like a bayonet into life's yielding flesh
“Full steam ahead” the clichéd mantra of his kind
They erupt with speed but they burn out fast
As gravity prevails
They're slowing down, all grows quiet
No Homeric-hymn for this Hermes
His deeds too few to reckon

Guests include Kassa Overall and Muriel Grossman, plus an LP of the week by Van Hunt.